Create Your Pathway To A Fuller, Richer Retirement

If you want to be in the 10% who achieve financial independence when you retire, don’t miss this free “Pathway To Wealth” information session.

This On-Demand Seminar For Good Earners In Their 30s, 40s, and 50s Includes…


Time: On-demand (You can watch any time, via the link in your email)

Location: Watch anywhere, on any device with an internet connection
get your access now

My team and I have been helping Australians create exciting, self-funded retirements for the past 20 years. I’d love to invite you to watch my online webinar presentation where:

Do You Have These Common Questions About Financial Planning?

And that’s what has led us to develop this Pathway To Wealth presentation where we will answer these questions and more.


To register, click “Get your access now” and fill out the form. The video link will arrive in your email inbox.

How This Event Is Different To Other Webinars

Unlike other webinars that cover general information about planning for retirement, this event provides specific strategies and examples.

And I’ll explain a specific example of how one of our clients significantly boosted their retirement portfolio after working with us.

About Your Presenter – Rob McGregor

Despite founding a large group, Rob’s true passion is working personally with clients (some of whom he’s been advising continuously for over 18 years).

Outside work, Rob is a keen surfer, active lifesaver, currently patrol Captain, a Nipper Coach and Treasurer of his local Surf Club, having held positions of Club President (2 years) and President of the Nippers (6 years).

Don’t Delay. This Information
Could Be Worth A Fortune To You

You should attend this session if:

1. You are committed to achieving financial success.

2. You are a homeowner who has built up some equity (but is not quite sure what to do next)

Join me as I explain my proven strategies
for helping you achieve an
“Awesome Independent Retirement”. 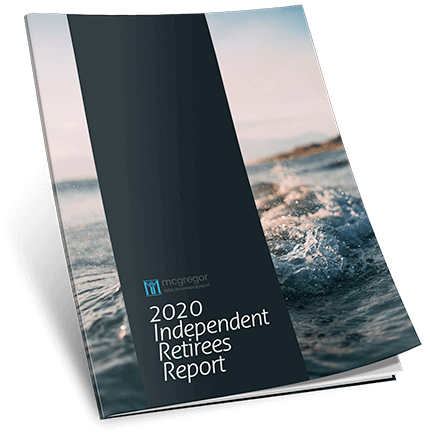